Welcome to the Muse Mentors Podcast

Support the podcast at Capital City Concerts or through Patreon.

Has there been a time in your life where you’ve looked to someone to guide you? Grammy-nominated flutist Karen Kevra is a musician whose life was  changed by her mentor. Join her for engaging conversations with musicians, visual artists, and writers as they share personal stories of deep connection that will warm your heart and inspire you....whatever you do and wherever you are on your path.

Our Most Recent Episode 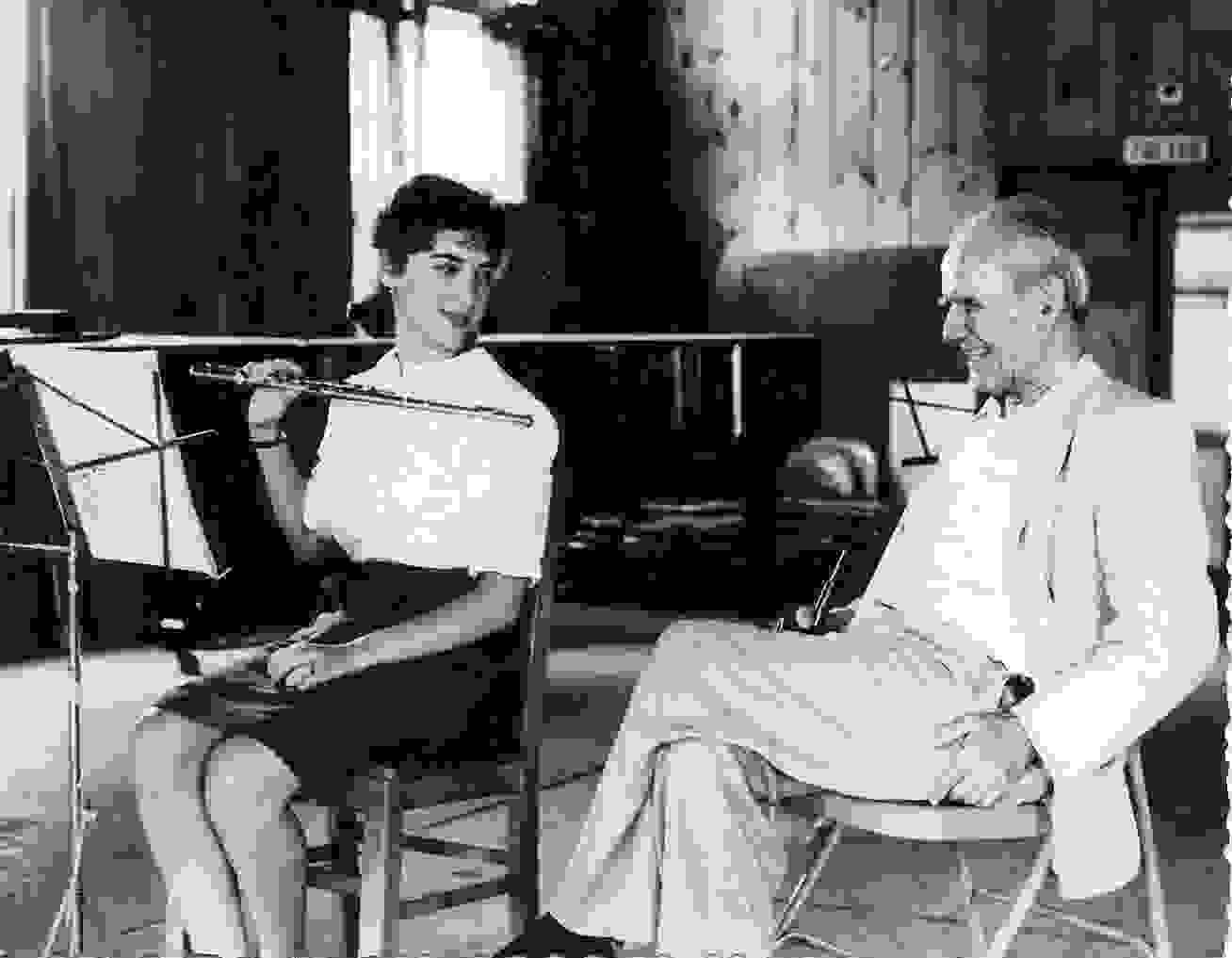 The Joy of Fluting: Paula Robison & her mentor Marcel MoysE

Paula Robison is a flutist who is a great artist. Born on a Sunday in Nashville to an extraordinary family of actors, writers, dancers, and musicians, she grew up in Los Angeles not only playing the flute, but studying dance with Bella Lewitzky and theater with Jeff Corey. When she was twelve years old, music claimed her heart and she knew she wanted to be a flutist.  At seventeen she was off to the Juilliard School to study flute with Julius Baker, the principal flutist of the New York Philharmonic, but it was during her time in New York that she learned that the great French flutist Marcel Moyse would travel to the city to teach periodically.  His singing approach, honesty, and metaphorical and animated way of teaching set Paula on fire and began an important period of mentoring. Her time with Marcel propelled her to great achievement such as winning the First Prize at the Geneva International Competition in 1966, the first American to receive this honor. Her long, lively, and continuing career includes countless recordings, commissions, awards, and devoted students and mentees of her own –all of them flavored with that trademark joie de vivre-something she shared with her mentor Marcel Moyse.

THE JOY OF FLUTING: PAULA ROBISON & HER MENTOR MARCEL MOYSE

Support this podcast with your contribution on Patreon!